How to Validate Someone

The need for validation, whether conscious or not, is universal. We all want to feel acceptable, worthy, and not-kooky in other people’s eyes. But what is validation, anyway? Most of us are a little fuzzy on this concept, and for good reason: Validation can be hard to come by in everyday life. Let’s talk first … Read more

8 Things to Absolutely Expect in Relationships

Even though there’s a lot of talk about how entitled young people are these days, I see a lack of entitlement among all age groups in my practice as a therapist. I see people putting up with pretty poor behavior from people they love, without uttering a word of protest. Or, if they do protest, … Read more

What to Do When Someone Won’t Talk to You Rejection is a powerful emotion that can lead to all sorts of defensive behavior, which in turn can further alienate the rejecting person. If someone has chosen to have little or no contact with you, it’s important to acknowledge any softer feelings you may have about that.
238 comments 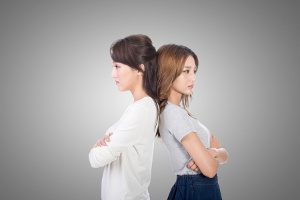 I’m bad at confronting people  — I don’t always choose the right words because I’m so nervous about having the conversation in the first place —  but I’m even worse at suffering in silence.

So when something’s up between me and someone else I just have to say something, even though it’s guaranteed to be awkward and uncomfortable (at least for me).