How to Deal with Estrangement

Important Note: If you were abandoned with no explanation by your parent(s), this article doesn’t apply to you. 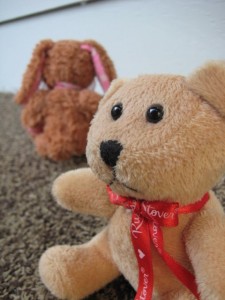 Rejection is a powerful emotion that can lead to all sorts of defensive behavior, which in turn can further alienate the rejecting person. If someone has chosen to have little or no contact with you, it’s important to acknowledge any softer feelings you may have about that.
Often when we’re hurt we resort to anger, resentment or vengefulness. But these are indicators of unacknowledged sadness, loss and grief.

What NOT to Do

There are steps you can take to try to mend fences. It’s worth trying to do so, because the other person may be suffering just as you are.

If it turns out that you both value the idea of having a relationship again (and that is definitely an if), you’ll avoid an unnecessary loss for both of you by doing what you can to make amends.

No matter what the history, cause or present state of your estrangement from the other person, one thing is certain: Trying to convince them verbally that they’re wrong to reject you is a losing strategy.

If you’ve tried anything at all, you’ve probably tried that. You may have explained your position in full detail, and been annoyed, confused or stymied to find the person unmoved by your compelling argument.

You must understand that the other person has a reason for wanting to reduce contact with you. It hurts to think about being rejected at all, and to accept that there’s a reason you were rejected is one of the hardest things any of us can do. However, it’s also necessary if you want to have a relationship with the person again.

And, by the way: What do you really want? Is it a relationship with this person that you truly desire, or do you simply need them to know that they’re wrong to reject you?

If it is truly a relationship that you want with this person who doesn’t seem to want one with you anymore, your options are limited, but you do have them.

There is much you can do to give the relationship a really good shot, but ultimately, you must realize that there’s only so much that’s within your control.
Don’t give up prematurely, though! Here’s what you need to know.

When someone won’t talk to you…

1. How they feel is the most important “fact.”

Their emotions constitute the absolute truth of the matter for them, regardless of how differently you may see things. Arguing about facts is useless. People don’t end important relationships on a whim; at some point they really must have felt hurt/unseen/devalued/attacked/vilified/dismissed/damaged/ignored/betrayed/rejected/disrespected by you enough to build that wall.
Of course you never meant to hurt anyone, but they got hurt somehow anyway. That’s reality. That’s a fact.

Understand, acknowledge, empathize, and apologize. Any attempt to excuse or explain your behavior will make things worse between you.

2. Curiosity is seen as caring.

You can tell someone all day and night how much you care about them, but if you’re not the least bit curious about how they feel, how deep can that caring really go? To be genuinely curious about someone else’s experience is a gift not commonly given.
Now is the time to give the other person the gift of your curiosity about them.

You might send a letter or an email acknowledging their rejection of you, taking a guess as to the cause if appropriate, and asking for details of their experience. Finish by asking what you can do to make amends. Make suggestions you know they will appreciate, if appropriate.

3. Make an effort on their behalf.

Think of how you might set things right between the two of you, in a way that speaks to the other person. What do they want? What might they need? How can you selflessly be of assistance to them right now? Actions do speak louder than words, so you’ll need to balance your curiosity (see #2 above) with a contribution of active energy.
Making an effort, going out of your way to say or do something meaningful to the other person (rather than to you), will demonstrate your good intentions.

You do not have to agree with their view of what happened in order to do this! You need only understand how they see things from their point of view.
See my article on Validation for details.
Right about now, you might be feeling that all of this is WAYYY too one-sided. How is it fair that you have to bend over backwards to fix things, while they do nothing?
It’s not.
It’s not fair, but since they’re ready to end the relationship and walk away, fairness is moot.
And along those same lines…

Your story is not interesting right now to the person who rejected you. They are only interested in their story.

Since it was they who initiated the estrangement, your only remaining option is to be curious about them, to validate their feelings, and to be available to them in a way that they define as positive or useful.

Imagine if you went to a dentist with a sore tooth, and the dentist came into the waiting room and sat down beside you and said, “I know you’ve got a sore tooth, but I am so upset today I can barely work.”

Imagine the dentist launching into a story about what’s going on at home that’s got her so upset. How much do you care, as you sit there with your hand on your cheek and your tooth aching like crazy, about the dentist’s problems?
When you’re hurting, it’s hard to be interested in others. Realize that the person who cut you off is hurting, even if they don’t act like it.

For whatever reason, no matter what you do, the other person may decide not to let you back into their life.

Let them know that you accept their decision, that you genuinely wish them well, and that the door is always open if they change their mind. Acknowledge to yourself the loss of the relationship, and allow yourself to mourn. Practice constructive wallowing.

Accept the new reality of your life without that person in it. You will survive without them. Your life may look and feel different to you, but it will be yours to do with as you please.

If they ever do change their mind and come knocking on your door, decide right now to let them find a peaceful, whole person on the other side.
Help is at hand for Parents of Estranged Adult Children