When someone won’t talk to you, what do you do?

Important Note: If you were abandoned with no explanation by your parent(s), this article does not apply to you.
Note to parents: Read this first if your TEEN or YOUNG ADULT child has cut you off
Also, check out Reconnecting With Your Estranged Adult Child 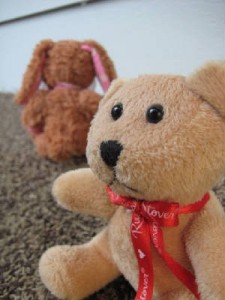 Rejection is a powerful emotion that can lead to all sorts of defensive behavior, which in turn can further alienate the rejecting person. If someone has chosen to have little or no contact with you, it’s important to acknowledge any softer feelings you may have about that.
Often when we’re hurt we resort to anger, resentment or vengefulness. But these are indicators of unacknowledged sadness, loss and grief.

What NOT to Do

There are steps you can take to try to mend fences. It’s worth trying to do so, because the other person may be suffering just as you are.

If it turns out that you both value the idea of having a relationship again (and that is definitely an if), you’ll avoid an unnecessary loss for both of you by doing what you can to make amends.

No matter what the history, cause or present state of your estrangement from the other person, one thing is certain: Trying to convince them verbally that they’re wrong to reject you is a losing strategy.

If you’ve tried anything at all, you’ve probably tried that. You may have explained your position in full detail, and been annoyed, confused or stymied to find the person unmoved by your compelling argument.

You must understand that the other person has a reason for wanting to reduce contact with you. It hurts to think about being rejected at all, and to accept that there’s a reason you were rejected is one of the hardest things any of us can do. However, it’s also necessary if you want to have a relationship with the person again.

And, by the way: What do you really want? Is it a relationship with this person that you truly desire, or do you simply need them to know that they’re wrong to reject you?

If it is truly a relationship that you want with this person who doesn’t seem to want one with you anymore, your options are limited, but you do have them.

There is much you can do to give the relationship a really good shot, but ultimately, you must realize that there’s only so much that’s within your control.
Don’t give up prematurely, though! Here’s what you need to know.

When someone won’t talk to you…