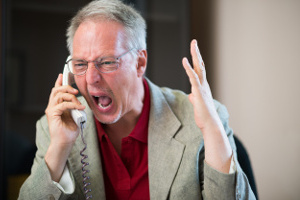 When someone acts badly, it’s tempting to see them as simply a rude, selfish, or inconsiderate person. But it might not be quite so simple.

Attribution Theory says that when others behave badly, we tend to attribute their bad behavior to personality. But when we behave in similar ways, we think of our behavior in terms of an exception to a general rule (i.e., good behavior).

We’re always the hero in our own minds, doing the best we can under the circumstances. But others? Not so much.

It’s not wrong to see ourselves as good people; we should be our own heroes. The problem comes when we don’t extend the same courtesy to others.

Imagine that someone close to you has landed in the hospital. They’re in critical condition, and you want to get to them as soon as possible. So you jump into your car and drive as fast as you safely can…

You might speed past other cars on the road. You might cut in front of someone, swerving crazily. You might even run right through some red lights on the way.

The strangers who witness your driving won’t know you’re racing to the side of an injured loved one. Most will assume you’re either an a**hole, or stupid, or just being reckless. They don’t know you like you do. And they certainly don’t know what you’re up against right now.

The next time someone behaves badly, see if you can come up with some reasons why they might be acting that way. Nobody acts in a vacuum. There is context to every action.

If you’re the parent of an adult child who’s not talking to you, find out how this common bias might be playing in to the estrangement, and what you can do about it: Why Your Estranged Child Doesn’t Want to Reconcile | Psychology Today